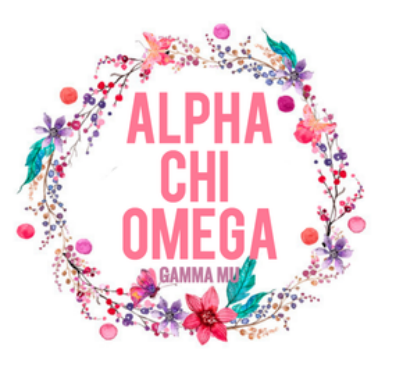 Alpha Chi Omega was founded as a musical fraternity on October 15, 1885 at DePauw University, in Greencastle, Indiana. Though we have since dropped the music requirement, the values that Alpha Chi was founded on stay true today. Wisdom, devotion, and achievement are the core values we stand for as a sisterhood.

Currently, there are 193 chapters across the country and we have over 200,000 collegiate and alumnae members. Alpha Chi is about forming lifelong friendships and making our sisters the best version of themselves.

Being an Alpha Chi means being a part of an organization that allows individuals to be themselves, allows them to learn how to make the most of their life, and allows them to realize their greatest potential, and run with it. It means every individual receives the encouragement, inspiration, fun and friendship of 200,000 other Real Strong Women at their side. It means that she gets a four-year collegiate learning and leadership program that supplements and complements what she’ll get from her college or university. It means she’ll have opportunities for lifetime, leadership, and engagement with Real Strong Women who are making a difference for themselves, their fellow members, and the world around them.

For more information on our national organization, please visit:

Alpha Chi Omega's Founders chose "Alpha," the first letter of the Greek alphabet, because they were forming the first fraternity in the school of music. Since they thought they might also be founding the last such fraternity, "Omega" seemed appropriate. "Kai," meaning "and," was added to form the beginning and the end. "Kai" was soon changed to "Chi," a letter of the Greek alphabet=Alpha Chi Omega.

Our Badge- The Lyre

The Lyre of Alpha Chi Omega was chosen by our founders after much research. The one they decided upon was the replica of the harp because it stayed true to their musical interest. The founders were also delighted to find that according to Greek mythology the first instrument played by the gods on Mt. Olympus was a lyre!

"Together let us seek the heights."

Members of Alpha Chi Omega have enjoyed the heritage and traditions shared in our sisterhood for nearly 119 years. Some of these special traditions include:

Founders' Day - Sisters gather on October 15 of each year to recognize the fraternity’s fall founding at DePauw University in Greencastle, Indiana. On Founders' Day, members wear their badges, along with scarlet and olive green ribbons.

- On March 1 of each year, members recognize the fraternity's commitment to helping others by conducting service projects and offering assistance to others. We separate into groups and dedicate our service to local places in the area like firefighters, schools, etc.

State Days and Province Gatherings – Many states and provinces hold events to unite sisters within a specific geographic area.